A brief history of the credit card Going back in history

Contrary to popular belief, credit systems are much older than the first credit cards that were issued by The Bank of America in the 1950’s. It goes back to long before paper money even hit the printing press. Ancient Roman and Greek retailers, merchants and traders had invented their own credit systems that were based on as little as good old promise to pay your debt in the future. Eventually the concept of collateral was born and loans were extended to the Babylonians and Assyrians as early as 1300 BC. Make no mistake: the concept of instalments, mortgage loans and bill of exchange was well known to these ancient traders. However, the modern day credit card system was only born in the 1900s when oil producers needed a way to provide credit to shareholders in order to obtain land and produce oil. Soon after, grocers and department stores followed suit and offered their first proprietary cards to consumers who were brave enough to secure collateral in order to guarantee that they would pay for the goods. It was only in 1946 when the Charge-It card was born. John Biggins, a banker New York introduced the first direct credit card that allowed consumers to obtain goods or services without having to pay the bill immediately. Consumers had to be a client of Biggins’ bank to enjoy this service and the bill was forwarded to Biggins’ bank for reimbursement. Even though the terms and conditions limited its users to local purchases, it was a great success. Soon thereafter, other banks started offering similar credit cards for their clients and by 1949 the world was introduced to the Diner’s Club Card that we still know today. The first Diners’ Cards were issued to patrons who wanted to eat at a restaurant and not have to worry about paying the bill on the night. One's bill would be covered by the Diners’ Club, who allowed you to settle the amount with them at a later stage. The famous card soon became the card mainly used for travel and entertainment purposes and is regarded as the first general credit card that was in widespread use. In fact, by 1951 the Diners’ Club had issued more than 21 000 cards.

Since the 1950s, many other well-known credit cards were born. Today we still use the American Express, MasterCard and VISA.

So, how much has really changed since then? Despite many more cards that followed and the total evolution of the global credit industry, a few things remained constant:

Credit won’t go away Dealing in credit forms a big part of our economic systems and personal finance. Today, there are more than 20 million credit active consumers in South Africa, yet only approximately 14 000 of us request our annual free credit report from Compuscan each year. Bad debt has devastating consequences Bad debt can ruin lives, which why you need to be in control of what your credit report says about you. Your report is a complete record of your financial behaviour – good and bad. It shows every account you open, every payment you skip, every judgment taken against you and every cent you owe your creditors. If you have a bad report, credit providers are likely to deny you the credit you want and you may find yourself getting trapped in a debt spiral because of consistent bad choices. Good borrowers get better credit deals Having a good credit report can open many doors for you. In order to become a good borrower, you need to view your credit report regularly. This report is a complete summary of your credit behaviour that will enable you to work towards a better financial situation: You can have one look at these vintage Master Card advertisements to notice that our needs as consumers haven’t really changed, or have they? Taking the step to getting credit What is in your Credit Report? 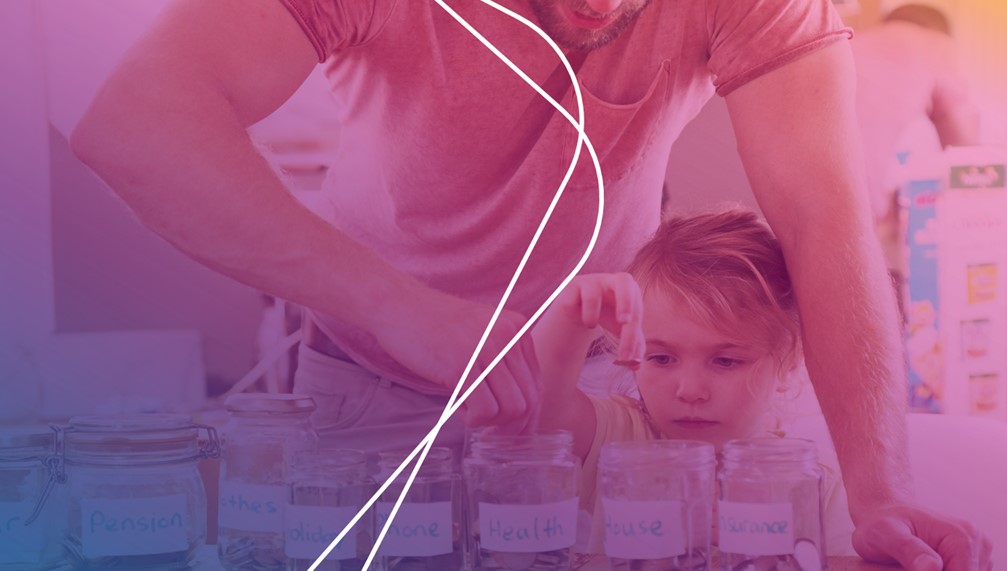 Budgeting to boost your financial health